Shaun Luke “World of Harmonica”
review – Inside Out!

After so long listening to this wonderful album, the time surely must come for a review. Let’s not forget one cannot truly write about an album in a short space of time. Let’s get straight to the point here.

WHAT’S THIS LIKE ? LOVE IT! Up there with the very best harmonica albums ever! There are few who can play the harmonica as well as this world class session harmonica player. With hundreds of session tracks on other’s albums – films, commercials etc., and at 57, I had to pinch myself. This is Roly’s first album. So one had a good idea that this was a priority target on the harmonica radar.

Let me say when this album arrived, I played it just before my own outing on the musical circuit and while blowing a little harmonica, realized just how far my huffin’ ‘n’ puffin’ was dragging behind! No this ain’t a competition, but NOT a good choice of listening material for my confidence level just before hitting the stage! I sat there in the motor listening – trying to hit some of the notes bombarding me from all angles – like nothing even close to what I’ve heard before. My immediate thought was NO. TAKE IT OUT THE PLAYER. STICK SOME TWELVE BAR ON. (No offence to 12 Bar but come on) Not saying this is a mass of speedy notes without feeling. NO! NO! NO! We are talking, “The Harmonica Bible!” IT’S ALL IN THERE AND MORE… Whether my playing was better after listening to this album that night, I certainly know it’s improved since…

In truth, there are few albums that really grab me and end up on top of the pile. This one is one of them. Up there with the likes of Lee Oskar’s first album, and The Classic Album: Harp Attack by James Cotton, Billy Branch, Junior Wells, Carey Bell to name just a couple. There are really very few albums that grab me so much that they become not just an occasional listen, if ever again, but a constant companion in my listening, studying and playing – permanently rooted to the motor’s dashboard.

Yer! Talk about long-winded reviews. This one is going on a bit already. If you’ve stuck with it, you will appreciate the message getting across here. Awesome. Every track a Gem! Not just the harmonica playing! Oh No! The whole album and musicianship is spot on – A1 SUBLIME!

Not only is this a truly great album from what someone who can only be described as one of the Greatest Harmonica Players in the World today, but releasing a solo harmonica album is not easy. There are many who have tried and failed. What you have here is a truly unique listening experience. Not just for the harmonica connoisseur, but the wider listening public in general.

If I was to go out and buy just one harmonica album, this would be it. And I’d sit it comfortable next to such classics as Jimmy Smith and Miles Davis. Not only is this one of the most amazing harmonica albums I’ve ever heard, but recording his début CD at 57, has given me hope and belief there’s plenty of time to get my own music out there one day. One is never too old to fulfill their dreams.

Without the risk of repeating myself, this is incredible. Roly’s vast experience shows his masterful playing – really sublime. As for the music style, it’s joyful, upbeat, Pop, Jazz, Blues Rock, Swing – there’s a little of many styles in here for good measure. Please check out the video’s attached on this feature, better still buy the album!

You will not be disappointed.
Shaun Luke: World of Harmonica
http://worldofharmonica.com 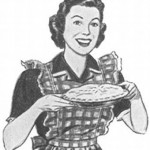 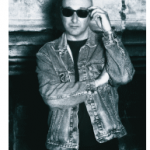 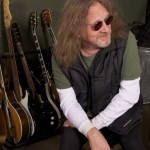 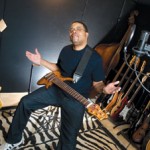 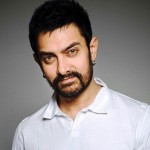 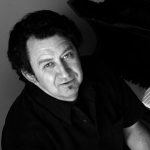 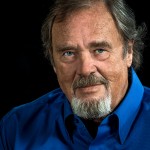 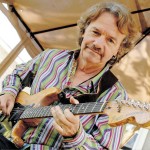